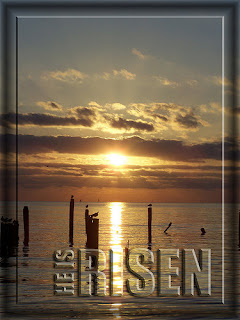 Last week's #SequesterTHAT post looked at Obama's sequester from many different angles and the subterfuge behind it. Some satire was thrown in for laughs. Unfortunately, no one is laughing this week because Obama doubled down and used the sequester he created to inflict even more damage.

Why did he do that? Because Obama hates America. Everything about that statement and the image that goes with it must be seen through the prism of this quote from Dinesh D'Souza: "Obama has a dream -- a dream from his father. That the sins of colonialism be set right, and America be downsized." And the way Obama uses the sequester against us does just that.

Another reason Obama doubled down? The THUG in him lashed out. And his plan to kill two birds with one sequester backfired politically. America and the opposition party are still alive and kicking despite his and "mainstream" media's best efforts to shift the blame with their constantly regurgitated talking points. The sky hasn't fallen yet, though Obama wishes it had...

Which brings us to the next phase of his plan -- call it the kicker: Obama continues laying the groundwork, as he did once again in his most recent Weekly Address, for the sequester that he created to be THE excuse for our stagnating economy... which of course it isn't. But with "mainstream" media's help yet again, the focus remains not on the failure of Obamanomics, but on the sequester. How diabolical Obama is with this vicious circle... while America circles the drain. He's a schemer from hell.

Guy Benson on Obama's political team: "They are deliberately hurting you, America, hoping that you'll blame the people they want you to blame.  For now, it's backfiring."
Making the Sequester Really Hurt -- Everyone

Congressman Louie Gohmert on Obama's decision to use the sequester to punish Americans: "It is just incredible that anybody would think like that. 'Gee, we're being cut so let's make America hurt, make them suffer so they'll give us more of our money.' In the last four years, the executive branch budget has gone up over 20 percent, and they can't stand to have that increase lowered to 18 percent increase? It is outrageous."
Obama’s ‘make America hurt’ plan

Carol Platt Liebau: As everyone knows, when any US president takes the oath of office, he swears to "preserve, protect and defend" the USA.  That promise can reasonably be construed to mean that a president is obligated to make sensible efforts, wherever possible, to minimize -- not enhance -- any "pain" experienced by law-abiding US citizens as he executes his duties. How disgraceful, then, to note that the Obama administration is trying to implement the sequester's funding reductions in a way that will maximize problems for those he is sworn to serve.
Making the Sequester Really Hurt -- Everyone

SEQUESTER MEMO: 'Make sure you are not contradicting what we said the impact would be'...
"Email tells feds to make sequester as painful as promised"

Joel Gehrke reports: House investigators learned Immigration and Customs Enforcement officials developed plans to release about 5,000 illegal immigrant detainees, although Department of Homeland Security Secretary Janet Napolitano has denied responsibility for the decision. “An internal document obtained by the House Judiciary Committee shows that Administration officials at ICE prepared cold calculations to release thousands of criminal aliens onto the streets and did not demonstrate any consideration of the impact this decision would have on the safety of Americans,” committee chairman Bob Goodlatte, R-Va., announced.
DHS plans to release 5,000 illegal immigrants due to sequestration

(CNN) -- The U.S. government on Thursday notified 60,000 federal workers responsible for securing borders and facilitating trade that they will face furloughs due to government-wide spending cuts. Customs and Border Protection said it expects furloughs and other austerity will cause delays at ports of entry, including international arrivals at airports, and reduce the number of border patrol officers on duty at any one time.

Judson Berger reports: Another federal employee has come forward to claim the Obama administration resisted efforts to ease the impact of sequester. A U.S. park ranger, who did not wish to be identified, told FoxNews.com that supervisors within the National Park Service overruled plans to deal with the budget cuts in a way that would have had minimal impact on the public. Instead, the source said, park staff were told to cancel special events and cut "interpretation services" -- the talks, tours and other education services provided by local park rangers. "It's obvious that they want the public to feel the pain in order to push this agenda that Washington wants," the ranger said. "A lot of these parks can absorb these cuts without the public's visit being affected."
Park ranger: Supervisors pushed sequester cuts that visitors see

Daniel Halper: ABC reports that most folks support spending cuts, as long as defense budgets aren't slashed: For all the dire warnings, most Americans welcome a five percent cut in overall federal spending this year. But the defense budget is another matter. The public by nearly 2-1, 61-33 percent, supports cutting the overall budget along the lines of the sequester that took effect last Friday. But by nearly an identical margin, Americans in this ABC News/Washington Post poll oppose an eight percent across-the-board cut in military spending.

William Kristol: President Obama is an appalling commander in chief. In the last couple of months alone, he’s selected and muscled through the Senate the least qualified nominee for secretary of defense in a half century; forced out of his position early a superb combatant commander, General James Mattis, because Mattis took seriously the Iranian threat; and blithely ordered women into combat arms units, with no pretense of serious consideration of the effect of this on the capability, discipline, and morale of our warfighters. Before that, while growing every other part of the federal government, he cut defense. So we shouldn’t be surprised that he’s not doing anything serious about the further devastating cuts sequestration will impose on the military.

Thomas Sowell: "Republicans in the House of Representatives have offered to pass legislation giving President Obama the authority to pick and choose what gets cut -- anywhere in the trillions of dollars of federal spending -- rather than being hemmed in by the arbitrary provisions of the sequester. This would minimize the damage done by budget cuts concentrated in limited areas, such as the Defense Department. But it serves Obama's interest to maximize the damage and the public alarm, which he can direct against Republicans. President Obama has said that he would veto legislation to let him choose what to cut. That should tell us everything we need to know about the utter cynicism of this glib man." 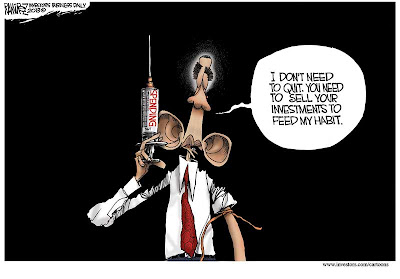 Meanwhile... "Federal coffers are already well fed on taxes: The Congressional Budget Office estimates the federal government is on pace to bring in a record $2.7 trillion in tax receipts this fiscal year."

Living Large in the Obama White House: "The hoi polloi aren't welcome, but Marie Antoinette would be at home."
Charles C. W. Cooke: We are now firmly ensconced in the brutal Age of the Sequester, and things in America are grave. The federal government, we learned on Wednesday, is so strapped for cash that the president has been forced to cut off the People’s access to the home he’s borrowing from them. He didn’t want to have to do this, naturally — “particularly during the popular spring touring season.” But then Congress just had to go and acquiesce with measures that the president himself suggested and signed into law. How beastly! We axed 2.6 percent from a $44.8 trillion budget, and now the president can’t even afford the $18,000 per week necessary to retain the seven staff members who facilitate citizens’ enjoying self-guided tours around the White House. The executive mansion is not in that much trouble, of course. It’s certainly not in sufficiently dire straits for Air Force One ($181,757 per hour) to be grounded, or to see the executive chef ($100,000 per year) furloughed, or to cut back on the hours of the three full-time White House calligraphers ($277,050 per year for the trio), or to limit the invaluable work of the chief of staff to the president’s dog ($102,000 per year), CONTINUE READING...

And then there is this... "The Floodgates Open: More Accounts of White House Thuggery Emerge"
http://www.breitbart.com/InstaBlog/2013/03/03/The-Floodgates-Open-More-Accounts-of-White-House-Thuggery-Emerge

Speaking of thugs...
"From Stalin to Sequestration"
By Ion Mihai Pacepa
http://pjmedia.com/mihaipacepa/2013/03/06/from-stalin-to-sequestration/?singlepage=true

Just face it: Barack Obama is trying to hold America HOSTAGE.
And anyone who can't see that suffers from Stockholm syndrome.