A quick look at Tea Party vs. Occupy in light of the "Occupy" movement's second anniversary

First, four great Tea Party vs. Occupy political cartoons...
1. "Leave us alone" vs. "Take care of us all" 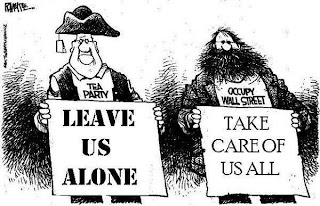 2. Two perspectives, by Michael Ramirez:
"Which one is closer to 99% of America?" 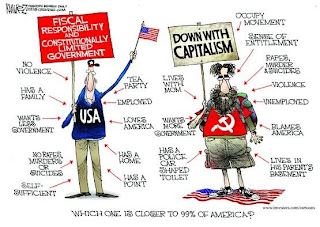 3. The Tea Party: Perception vs. Reality, by Gary Varvel: 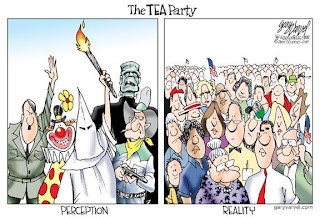 4. The Media's Guide to Protestors, by William Warren: 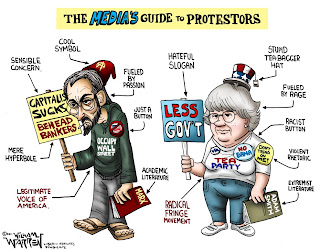 Next, "a running total of the number of Occupy protesters arrested around the U.S. since Occupy Wall Street began on Sep. 17, 2011."
Arrests in 122 different cities (As of June 15th, 2013), courtesy of the website OccupyArrests.com:

Finally, a Side-By-Side Comparison of the Tea Party vs. Occupy, courtesy of iOwnTheWorld.com:

PS- The most telling check mark may be at the bottom.

Obama: "Here I come to save the day!"

Obama's inept response to Syria has me channeling comedians.

Then I thought the one thing Barack Obama must do to make his televised address to the nation complete is wear his bomber jacket, drag out a record player, and do the late great Andy Kaufman's 'Mighty Mouse' bit lip-synching ♪♫ "Here I come to save the day!"


And on Dennis Miller's radio show, I heard caller 'Brian from Indiana' suggest that Obama use the Benny Hill Theme Music as an intro into his speech. Yeah, that should just about cover it!