Paul Ryan should be Speaker of the House.

UPDATE 17DEC2013 -- Posted the following on this Facebook page:
"As the creator and one of two admins for this page, I just want to go on record and say I am dismayed and more than disappointed at how Paul Ryan has changed..." 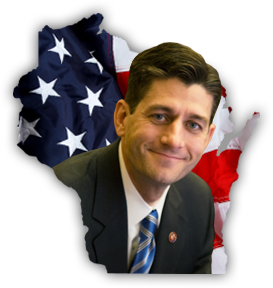 Paul Ryan should be Speaker of the House.
If you agree, please "like" this page and share.
Let's get everyone on board. Thank you in advance.
http://www.facebook.com/PaulRyanShouldBeSpeakerOfTheHouse

Don’t ever let Obama “stand with” you...

Don’t ever let Obama “stand with” you...


Sure. Barack Obama will “stand with folks” hurt by Hurricane Sandy. Just as he “stood with” four American citizens in Benghazi, Libya -- Chris Stevens, Sean Smith, Tyrone Woods, Glen Doherty -- and watched them die.
Posted by Joe Kidd at 11:55 AM

The last president of the United States? 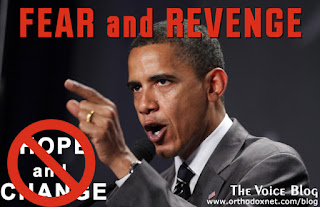 From "Hope and Change" to "Revenge!" -- that certainly sums up his last four years, doesn't it?

Then again, maybe Barack Obama wants this to end ugly. Real ugly. Maybe he's thinking if he can't win, to hell with everyone and everything. And America is on that list.

While we're thinking that our long national nightmare may soon be over, he's thinking otherwise. The way the retreating nazis destroyed everything.

He's a community agitator at heart, and he feeds off the mob -- the supporters he has brimming with hate. The ones now promising to riot. For him. While he's on the campaign trail calling for revenge.

Recall that he failed to address the flash mob violence and he's silent again. Except for his call for revenge. He may just have it in his twisted mind to be the LAST president of the United States. This may not end well. Fear the worst and stand prepared.

Dr. Charles Krauthammer: The “Revenge” Comment “Is A Mistake Obama Will Regret.”