The six men who died in search of Bergdahl


This is a simple from-the-heart post about the six U.S. Soldiers who died some eight years ago trying to find one of their own. Or maybe they knew better, but they still tried, because it was in them to never leave a comrade behind. For that alone, this post is for them.

The content that is presented here is nearly verbatim text, pulled from other links, as indicated. The focus is on recollections from family and friends, how they remember their fallen loved ones.

The thought here is recent news developments add to the burden these six Gold Star families carry, one that began with the dreaded knock on the door in 2009 to five years later when new light was shed on the circumstances of each U.S. Soldier's death.

May the grieving wives and mothers and fathers and brothers and sisters and daughters and sons know that we will always remember the sacrifice these men made. And May God continue to give the families Strength, Comfort, and Peace.

Six U.S. Army Soldiers lost their life looking for Bowe Bergdahl. It is they who served with "Honor and Distinction."

Darryn Andrews, 34, of Dallas, Texas -- “If he knew you, it was always a bear hug. It didn’t make any difference,” said his mother, Sondra. She said he loved life, especially with his wife, Julie, and their 2-year-old son. The couple was expecting their second child when Andrews died...

His mother said he was lighthearted, energetic and “could put a fun spin on any situation.” He enjoyed scuba and sky diving, fishing and hunting, and he immersed himself in athletics, theater productions and church youth group while growing up in the Texas panhandle.

“We grew up with an enormous amount of pride for our nation. We passed it on to our children, never thinking we would pay the ultimate sacrifice.”

On 4 September 2009, [w]hile recovering a vehicle that was disabled, Second Lieutenant Andrews' Platoon came under heavy RPG fire. Second Lieutenant Andrews fatally placed himself between the incoming enemy fire and his fellow comrades. His courage under fire was essential in saving another Soldier's life, and saving the lives of five other Soldiers who were with him.

At the age of 32, Darryn left behind his parents; his twin brother, Jarrett; his wife, Julie; his 2-year-old son, Daylan; and Jacey, his daughter who was born that following December.

Clayton Bowen, 29, of San Antonio, Texas -- He joined the Army when he was 17 and served as a drill sergeant and a shooting instructor before he was deployed to Afghanistan.

About one month before an improvised explosive device ended his life, Clayton offered his fellow soldiers at a remote Afghanistan outpost a parcel that made their jaws drop. Addressed to him, the package contained a collection of heavy-duty construction tools the soldiers later would use to improve living conditions at the crude desert outpost, where plywood huts serve as sleeping quarters. “I’ve got connections,” Bowen, 29, explained.

Earlier, the 12-year Army veteran had asked his stepfather and mother, who publish a construction industry newspaper, to print an ad asking for donations. The tools had poured in, according to Buddy and Reesa Doebbler.

“He wanted to see if there was anything he could bring into the outpost to make their lives a little more normal,” said his mother. This act of generosity was one of the last in a history of such displays, relatives said.

Bowen was also a very good singer. “He was asked to try out for the 82nd Airborne All-American Chorus,” said Doebbler. “He passed the audition and I got to see him perform two or three times a year when the group would come to San Antonio.” Being a member of the chorus allowed Doebbler to preserve his voice. “I have two of the groups CDs from when Clay was a member. He was the only bass in the group so you could always hear him.”

Kurt Curtiss, 27, of Murray, Utah -- Curtiss was an 18-year-old Salt Lake Community College student when the terrorist attacks of Sept. 11, 2001 occurred. The following day, he walked into an Army recruiter’s office and signed up.

“He just wanted to make a difference,” said his sister, Lynn Burr. “He wanted to help keep everybody safe, especially his family.”

His mother, Ruth Serrano, says during the last eight years he deployed twice to Iraq and had been in Afghanistan nearly a year. She said he loved his country and his service in the Army.

“He was infantry, so he was right in the middle of it. He was wounded a couple of times.”

His mother will always remember him as the boy who could make anyone laugh. “He was quite the joker,” she said. “He could cheer up anybody.”

Curtiss had many interests in life including his enjoyment of martial arts, dirt biking, 4-wheeling, jamming on his guitar and spending time with his family. He was a loving father, husband, son, brother, and friend. He was a caring person who always placed others before himself. He will always be remembered for his love, devotion, compassion and humor. He is loved by many and will always be his family’s number one hero.

Curtiss is survived by his wife, Elizabeth, a 9-year-old son and a 6-year-old daughter.

Matthew Martinek, 20, of DeKalb, Ill. -- Friends and family say Matthew M. Martinek had a sparkle in his eyes...

“If you were in a bad mood, he always did something to cheer you up y’know, one of those clowns,” said Ryne Jones, who worked with him at a car care center in Martinek’s hometown of DeKalb, Ill.

“He tried not to talk too much about what he was doing, but he said he liked helping people,” said his brother, Travis Wright.

The Bartlett High School football player graduated in 2007 and joined the Army the next year, following a family tradition that included his grandfather, uncle and two older brothers.

His stepmother, Char DeGand, said he loved the outdoors snowboarding, camping, all-terrain vehicles and had an impressive tan for someone stationed at Fort Richardson, Alaska.

She said he was an organ donor, helping to save other soldiers even after his death.

Michael Murphrey, 25, of Snyder, Texas -- The AP reported that those who knew him said he had all the qualities of a good soldier. He was loyal, respectful and had a selfless sense of service. “He always prioritized his comrades’ needs and did more than his share of the work,” Brig. Gen. Keith Walker said at Murphrey’s memorial service, where hundreds of people packed the church and locals lined the streets, waving American flags.

The September 11 attacks inspired Murphrey to enlist in the U.S. Army, said Jeanie Rutherford, his oldest sister. He joined shortly after he graduated Snyder High School in 2003. “He knew what he signed up for and he knew what he was going to do. And he knew the sacrifice that it would be. He knew how proud we were of him. He knew how much he was loved.”

Rutherford said her brother was a laid-back, easy-going guy who loved his wife, his two children and the men he commanded. “He admired those guys. He loved those soldiers. He protected them before he thought about himself.”

Murphrey enjoyed hunting, fishing and motorcycles — pretty much anything outside, Rutherford said. She said he pushed himself to excel at anything he attempted.  Murphrey’s high school coach Chad Rogers remembered him as a proud athlete that could always be counted on. “He was an outstanding young man, he always had a grin on his face... one of those kind of mischievous grins, but one of those grins that kind of made you love him, too.”

Mourners at the First Baptist Church of Clyde wiped away tears as a slideshow flashed images of Murphrey growing up, from his own infancy to the birth of his son, Jaden, and his daughter, Cameron. Murphrey is also survived by his wife, Ashley; his parents, Elvie and Evelyn Murphrey; and his sisters Jeanie Rutherford, Wendy Stehouwer, Pearl McKay and Krisa Johnson.

Morris Walker, 23, of Chapel Hill, N.C. -- “What I think of first when I think of Morris is his smile because he was always smiling,” said Wanda Bordone, who taught him seventh- and eighth-grade English at Fayetteville Academy in North Carolina. “He had a great sense of humor, lots of friends.”

Walker was easygoing and an incurable optimist – ‘a ray of sunshine.’ He was on the varsity basketball team, served as student government treasurer and worked with a community service club at his high school.

“He didn’t have to be a star of anything,” said Barbara Lambert, his guidance counselor. “He just wanted to be a participant.” Another guidance counselor, Pam Little, said Walker approached life with an unusual serenity. “He had a peace about him that I find to be extremely rare in someone in high school,” she said. “He was always an optimist.”

Walker graduated from the University of North Carolina at Chapel Hill in 2008. He was Carolina’s first alumnus to die in the war in Afghanistan.

Sam Rosenthal was one of his best friends at UNC. “He wasn’t scared of any physical challenge, and that was one of the reasons he thought he was suited for war, that he could be a warrior. He was physically and mentally tough. He eventually wanted to be Special Forces. He was ready to be in danger; he was ready to stare everything in the face.”

“He was just a joy.” ... “The last conversation I had with him, he was giving me girl advice thousands of miles away. He was still one of my best friends, and that never changed and it still won’t. ... It will in some regards, I can’t ask him stuff anymore.”

It is up to us to honor these men and keep their memory alive.

This post was edited on 26OCT2017 to add the introduction above & this link to the original post.

President Trump didn't, BUT OBAMA DID 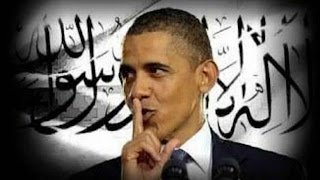 In view of all that has occurred since President Trump's Inauguration, it should be pointed out (again and again, and over and over) that "mainstream" media is handling him quite differently from the way they (literally) covered (for) Obama.

Consider the following only as it relates to media coverage of our ongoing fight against Islamic State footholds in Iraq:

• President Trump didn't "abandon" Iraq and "create the vacuum" that allowed ISIS to gain its foothold there BUT OBAMA DID. https://www.washingtonpost.com/news/morning-mix/wp/2014/10/06/leon-panetta-obama-has-lost-his-way-created-vacuum-for-islamic-state/

• President Trump didn't ignore the intelligence community's assessments on the growing Islamic State then have that intel "cooked" (manipulated) BUT OBAMA DID. http://www.thedailybeast.com/exclusive-50-spies-say-isis-intelligence-was-cooked & http://www.thedailybeast.com/intel-analysts-we-were-forced-out-for-telling-the-truth-about-obamas-isis-war

• President Trump didn't say it was a "promise kept" -- that he "ended" the war in Iraq. BUT OBAMA DID. https://www.youtube.com/watch?v=2mBGZiKi9yQ *

What's posted above will be news to many. That alone is part of our problem, though it's a near certainty if President Trump had anything to do with enabling and emboldening an enemy we are still fighting, the TV "pundits" and talking heads would be reminding us of it, daily!

But when it comes to the former "preezy" that our in-the-tank "news" media both deified and adored? He continues to escape responsibility --  media keeps giving him a free pass. This is troubling and deceitful, because THE LIAR here WITH BLOOD ON HIS HANDS is Barack Obama.

* To learn more about the 'Saluting Obama' image appearing in video linked above, click https://t.co/2RMh06xZyI. Thank you in advance.
Posted by Joe Kidd at 4:09 PM 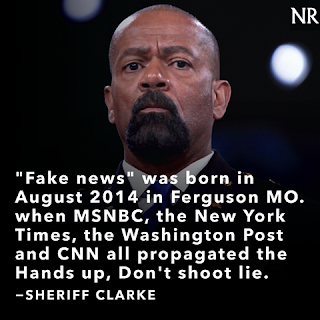 And this lie had deadly consequences...

The message was clear: Obama was signaling his intent to keep our law enforcement professionals in the crosshairs.

See "Related links" here for additional reference.
Posted by Joe Kidd at 8:24 AM