The Border Crisis is Obama's "checkmate" in "fundamentally transforming" America

Documenting the crisis at the border -- at least, trying to... 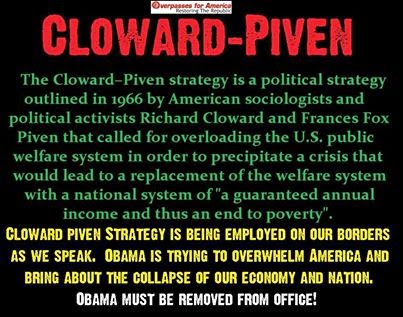 The fact that each day seems to bring more pressing "border crisis" news speaks for itself, which is one reason for this blog post and the Facebook Notes below. Sharing scores of newsworthy links on this topic means some get lost in the fog... the fog of Info Overload. Barack Obama and Valerie Jarrett know EXACTLY what they're doing. Call it their Shock and Awe.

● TEXT AND VIDEO from 2010: Eliseo Medina is an immigration activist who has ties to SEIU, the Communist Party USA, and the Democratic Socialist Party:

[Quoting] So I think there’s two things that matter for the progressive community. Number one, if we are to expand this electorate to win, the progressive community needs to solidly be on the side of immigrants, that we’ll expand and solidify the progressive coalition for the future… When you are in the middle of a fight for your life you will remember who was there with you. And immigrants count on progressives to be able to do that. Number two. “We reform the immigration laws, it puts 12 million people on the path to citizenship and eventually voters”. Can you imagine if we have, even the same ratio, two out of three? If we have eight million new voters who care about …… and will be voting. We will be creating a governing coalition for the long term, not just for an election cycle… [End quote]


● 2013: Excerpt from 'Remarks by the President on Comprehensive Immigration Reform'


Obama: [Quoting] First, we strengthened security at the borders so that we could finally stem the tide of illegal immigrants. We put more boots on the ground on the southern border than at any time in our history. And today, illegal crossings are down nearly 80 percent from their peak in 2000. (Applause.) Second, we focused our enforcement efforts on criminals who are here illegally and who endanger our communities. And today, deportations of criminals is at its highest level ever.  (Applause.) [End quote]


A federal employment ad posted in January showing that 65,000 unaccompanied minors will enter the U.S. illegally shows that the administration expected this cross-border child abuse and encouraged it.

Concrete evidence has shown up proving our earlier assertion: The breach of our border by waves of unaccompanied alien children was orchestrated by the administration based on a strategy straight out of the playbook President Obama studied as a community organizer. His goal is to get his way on immigration reform by overwhelming the U.S. Border Patrol and collapsing an already weakened system.

The evidence comes in the form a government contract solicited in January by the Department of Homeland Security.* The listing asked for "Escort Services for Unaccompanied Alien Children" in expectation of the arrival of 65,000 minors on our southern border without their parents or guardians.

● A June 12, 2014 post from Center for Immigration Studies (CIS) executive director Mark Krikorian: I received the following e-mail from a Texas state official who recently toured the border area where the mass crossings are taking place. This is an excerpt from his note (he asked that his name be withheld):


What we saw and heard was maddening, frightening, and pathetic. The pictures shown in the media of the conditions at the BP [Border Patrol] facilities is accurate. We saw several hundred youths crammed into holding cells, with the spillover out in the loading dock area. While we did see some infants and small children. the vast majority were teenage males. Although the [redacted] facility was terribly overcrowded, sanitation seemed adequate at the time, but BP officers were concerned about the spread of disease.

BP officials and line officers were clearly demoralized by what is going on. BP folks were very candid in saying there was nothing they could do about the kids pouring across the border unless there was a change in policy in DC. BP officials almost begged us (us being state officials and staff) to help get the policy changed. They readily admitted that none of these kids were ever going to be sent back and that our border is wide open for unaccompanied minors. BP also said that the drug cartels are certainly taking advantage of the situation. The BP personnel, including senior officials, we talked to were very demoralized. In contrast, the Texas Department of Public Safety is doing a great job of trying to pick up the slack ... in fact I was told by one BP official that if it wasn't for DPS there wouldn't be any security on the Texas border. That is sad and pathetic.


John Hayward: "This isn't just a border crisis any more, because part of the Cloward-Piven strategy for assaulting American systems with this tidal wave of illegal aliens involves dispersing them across the United States as quickly as possible. They're everywhere, and they're bringing some significant health issues with them."

LBJ at signing of the 1965 Immigration Bill: "This bill we sign today is not a revolutionary bill. It does not affect the lives of millions. It will not restructure the shape of our daily lives."

Ann Coulter in 2013: "Not only do our post-1965 immigration policies create an unemployment problem, not only have they massively increased the crime rate, but now all Americans are being asked to give up their civil liberties to fulfill Teddy Kennedy's dream of bringing the entire Third World to live right here in America. (And vote Democrat!)"

Also: Obama and the Cloward-Piven Strategy of Orchestrated Crisis