From "Illustwriter" Bosch Fawstin:
"Only one man had the power to save the lives of four Americans in Benghazi, Libya on September, 11, 2012...and he did NOTHING." 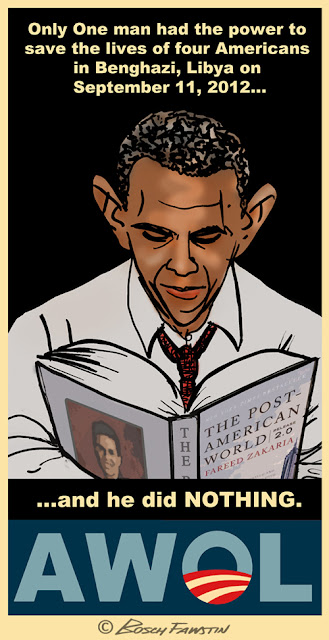 What makes Obama's lack of accountability for the four Americans murdered in Benghazi MORE EVIL is that you already know this is what Obama thinks:

"Forget about these four Americans who died -- what were their names? Just get over it. The election is over. I WON." 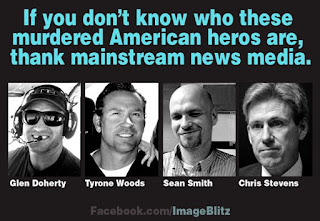 Glen Doherty, Tyrone Woods, Sean Smith, and Chris Stevens deserved better, as do their grieving families. This is so wrong...

"If you REALLY know what Obama stands for and you STILL support him, then you're A TRAITOR."

Previously: Obama has BLOOD on his hands.
Posted by Joe Kidd at 6:39 PM